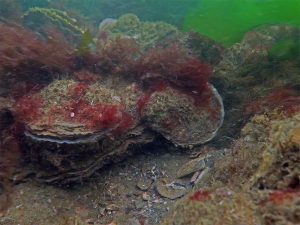 Flat oyster banks once covered about 20% of the Dutch North Sea seabed. After being ecologically extinct for almost a century, an investigation of the POC professional diving team led to the discovery of a shellfish reef with native European flat oysters (Ostrea edulis) in the Dutch coastal area of the North Sea (Voordelta) in 2016. The finding called for an extensive survey to better understand some of the key requirements for the return of the native oyster in coastal waters.

First offshore project in the Netherlands. A unique nature restoration project has started north of the Dutch island of Schiermonnikoog in May 2018. In the Borkum reef ground, 6,000 kg of flat oysters were placed on the sea floor as well as 3D printed sandstone reef structures. It is the first attempt to actively restore oyster beds beyond the coastal zone in deeper waters of the North Sea.

The POC, in collaboration with WWF Netherlands and ARK are actively restoring wild oyster beds in order to learn more about the success factors of active restoration as well as “kick-start” flat oyster beds. 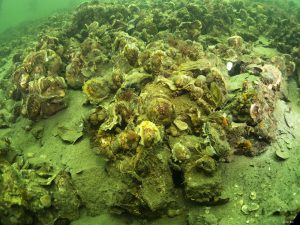 POC is part of the Native Oyster Restoration Alliance (NORA), a network for flat oyster scientists in Europe. The first meeting was in Berlin in November 2017, where a set of recommendations for oyster restoration  was formulated. 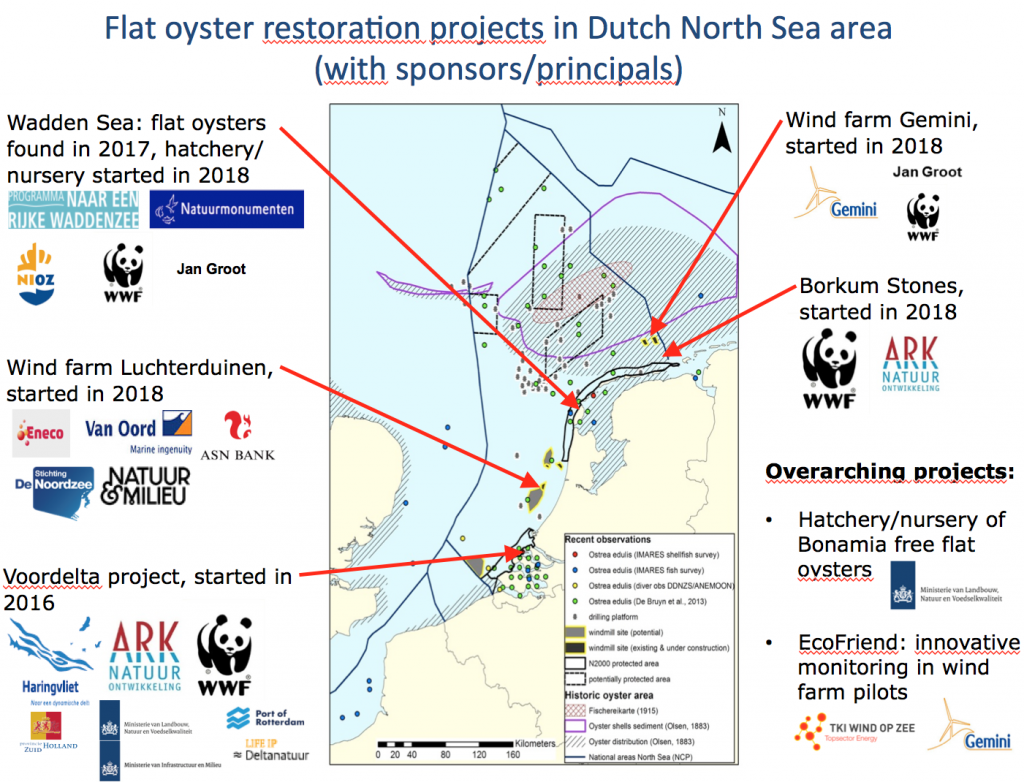